Selenaphiles is the second book in the Multiplarity Trilogy and it focuses on the problems of building a permanent human colony on the moon. The tagline for Selenaphiles is: “Even with the perfect health and longevity of Omniphage, the moon will not be settled easily.” 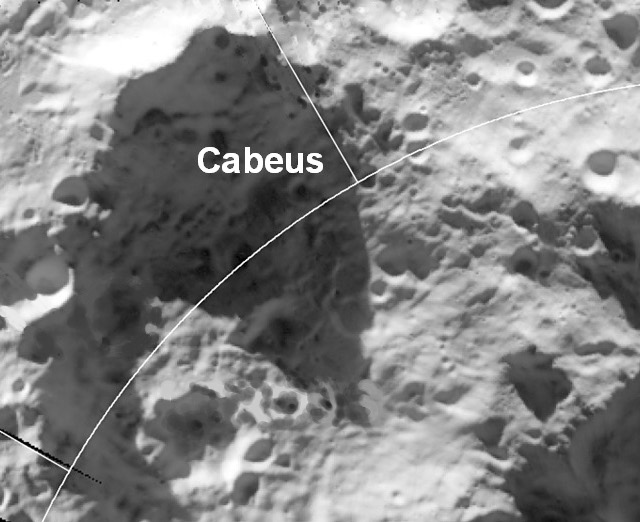 Although the storyline and direction of the tale was in my head, I did a tremendous amount of research before actually starting the tale. Much of the research was accomplished on various NASA, JPL, and USGS websites. I understood from recent news articles that water had been found in the bottom of lunar craters. This has been an incredible stroke of good fortune since water, coupled with an unlimited amount of electricity via solar cells, will provide most of the raw materials needed.

The first item on my agenda followed the old real estate rule of location, location, location. Where was I going to establish my colony? If you search the United States Geological Survey (USGS) lunar webpage, you can find all sort of photographic maps.

Research on Jet Propulsion Laboratory (JPL) websites provided two important bits of information. The first is that there are many deep craters on the lunar south pole where the sun never shines in the bottom.

This means plenty of deep-frozen water/ice leftover from comet impacts. The second is the same series of craters have mountains that are in perpetual sunlight. These two clues narrowed my search to the Cabeus crater. Here are some of the details from the USGS survey:

Cabeus (crater)
Coordinates     84.9°S 35.5°WCoordinates: 84.9°S 35.5°W
Diameter: 98 km (61 mi)  Depth: 4 km[1]
Cabeus is a lunar crater that is located about 100 km (62 mi) from the south pole of the Moon.[3] At this location the crater is seen obliquely from Earth, and it is almost perpetually in deep shadow due to lack of sunlight. Hence, not much detail can be seen of this crater, even from orbit. Through a telescope, this crater appears near the southern limb of the Moon, to the west of the crater Malapert and to the south-southwest of Newton…
Because of the crater’s location near the lunar south pole, the main part of the crater is illuminated by the Sun during only 25% of each lunar day. The inner walls receive illumination for 30% of a lunar day, while part of the western end of the crater is in permanent shadow.

Note the extremely bright mountain crest on the upper left of this closeup of Cabeus. That area receives a lot of sunlight.

After some math dealing with the design elements for my first colony, I realized Cabeus was way too big. There are however, several smaller craters around its rim that fit the bill.

The permanent settlement of Port Heinlein, as I envisioned it, would require four stages. In the first stage, a series of robot cargo ships would deliver materials to a relatively flat and stable area near exposed mountain slopes that receive a great deal of sunlight. Once a series of cargo ships were confirmed as being safely in place, the second stage would be a small, manned mission. They would unload and setup inflatable habitats based on the Bigelow Aerospace designs in development now.

A series of these tubular habitats would be connected with airlocks and crossing tubes. Once each section was in place, robot tractors would bury them with lunar dust and scree to provide radiation and micro-meteorite protection. Here’s what a partial layout of this primitive base camp might look like. 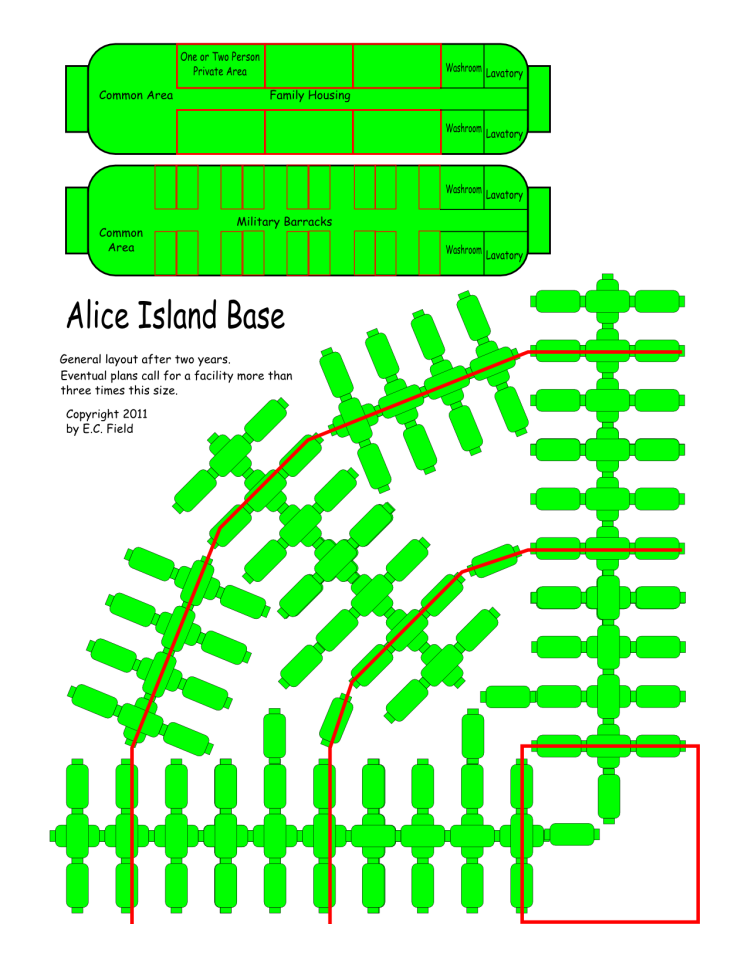 The first base camp would be much like living in a submarine or in the International Space Station. It would be from here that the survey teams would scout the selected crater area and start the third stage.

The third stage would require electric robot tractors with incredibly powerful lasers. These would be developed as tunnel-boring machines. They would melt the lunar dust and rock, creating a magma. The hardest part would be digging them down, into a sealed tunnel in the first place. Once there, a bit of water/ice in the cavern with them would turn to high-pressure steam. The steam will help force the magma form non-porous tunnel walls. As each section was finished, it would be sealed off with an airlock door. The area left behind will be developed as living space for humans.

The fourth and most ambitious phase is where heavy-construction families from Earth are brought up to help string lines from one side of the crater wall to another, criss-crossing in a giant spiderweb that eventually closes up and seals the entire crater.

Omniphage is available from Amazon or Barnes & Nobel at this time.

Selenaphiles is available from Amazon or Barnes & Nobel at this time.